History of the Golden Eagle Train 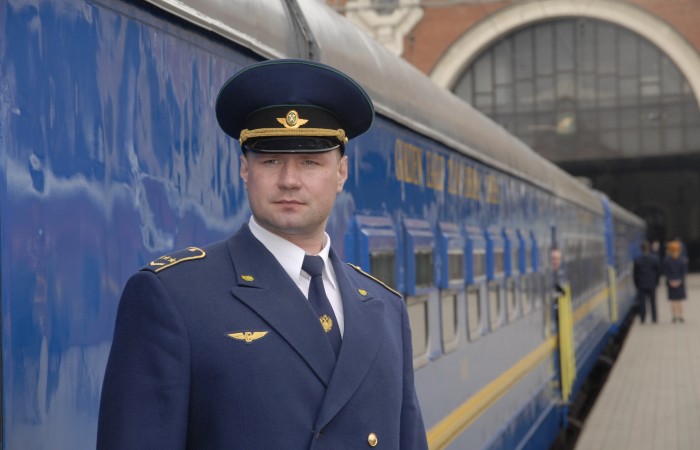 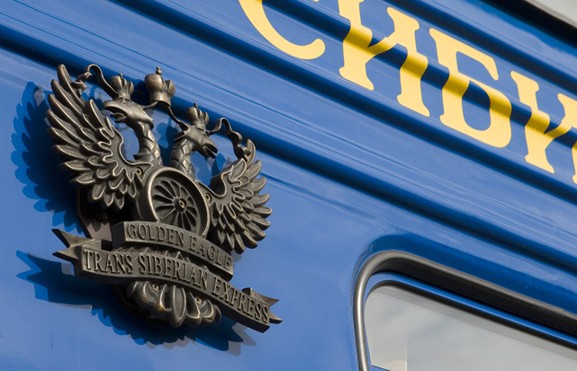 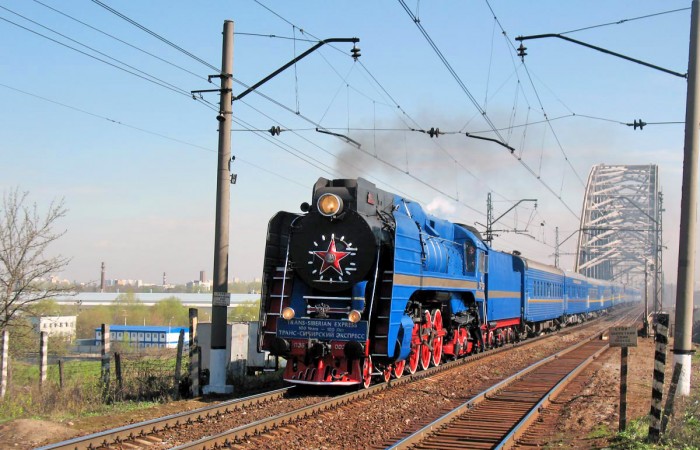 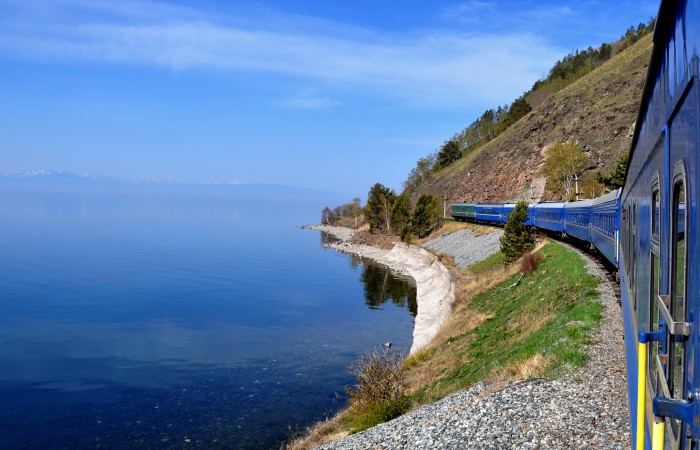 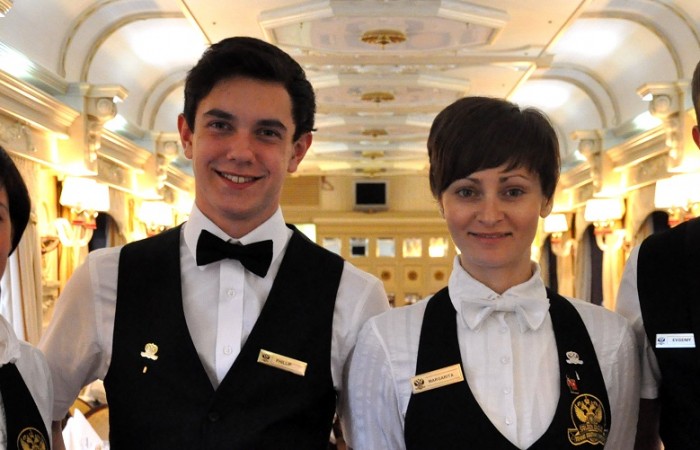 GW Travel operates the only privately owned steam locomotive in Russia – the Golden Eagle. It is a P36 class 4-8-4 express passenger locomotive built at Kolomna works in 1954 and is the most modern and famous Soviet steam design. 251 locomotives were built before steam locomotive building ceased in 1956. Most were allocated to haul the USSR’s most prestigious trains such as the Red Arrow between Moscow and Saint Petersburg and trains from Moscow to the Western border. Our locomotive, number 32, was first allocated to the main Saint Petersburg – Moscow – Ryzan route, in 1963 moving to Pechora on the infamous gulag line to Vorkuta, north of the arctic circle and finally working trains over the central portions of the Trans-Siberian from 1966 to 1973 when at only 19 years old, it was put into the reserve at Magocha depot. In 1982 P36.0032 was transferred to be used as a stationary boiler at the Kadala lumber plant on the outskirts of Chita, where it was discovered by GW Travel in 1994.
The locomotive was purchased from Kadala in 1997 along with spare parts from P36.0103 which was also at the plant but unusable.

Having secured the locomotive, we had to move it 7,000km (4,350 miles) to Saint Petersburg for restoration. At this point two (opposing) groups of Russian enthusiasts arrived and managed to drag the locomotive to the Ukraine (the whole story would take a book). How you move 175 tonnes of scrap metal by rail without permission and smuggle it into the Ukraine without anyone noticing is a mystery – but at the time Russia was the ‘wild east’ and anything was possible. We assumed we had lost it but in 1999 the Ukrainian tax police confiscated the locomotive as property without owner and put the locomotive up for sale. We bought it. Again.

The locomotive eventually arrived in Saint Petersburg in early 2000 and, once we had made sure that our ownership was properly registered with the appropriate Russian authorities, restoration started in early 2001. At Saint Petersburg Sortirovochnyy depot fourteen fitters and engineers worked 7 days a week for 3 months to bring ’32 back to running order and on 17th April 2001 the fire was lit again and four hours later the senior engineer blew the chime whistle, pushed the regulator and P36.0032 moved under its own steam again for the first time in 26 years.

On 28th April a three day trip around Lake Ladoga was run for the benefit of the restoration crew and was thrown open to anyone else who cared to turn up. The locomotive ran faultlessly throughout the 577 mile trip, a great tribute to the engineers who had laboured long and hard though the winter.

On 15th June the locomotive hauled its first revenue train when it took the Westbound Trans-Siberian Express out of Saint Petersburg for the first leg of its journey to Vladivostok. Since then the locomotive has hauled almost all eastbound Trans-Siberian Express departures for the first 100 kms out of Saint Petersburg and has been involved in the annual GWT steam tour which has taken it to Astrakhan on the Caspian, Rostov-on-Don in the Caucasus, Tallinn in Estonia, Petropavlovsk in Kazakhstan, Novosibirsk in Siberia, Archangel on the White Sea and Murmansk, north of the Arctic Circle – over 15,000 miles.

In March 2004 Phil Girdlestone, the South African based steam locomotive engineer, designed and fitted a new Lempor exhaust system. The 1 tonne assembly was air freighted from Durban to Saint Petersburg and has resulted in a noticeable increase in power. Other modifications such as conversion to a Gas Producer Combustion System firebox and the addition of a second tender are being considered.

For the future, the locomotive will continue to feature on some Trans-Siberian Express arrivals and departures from or to Moscow, on the GWT annual Arctic Steam Express and on various other charters. 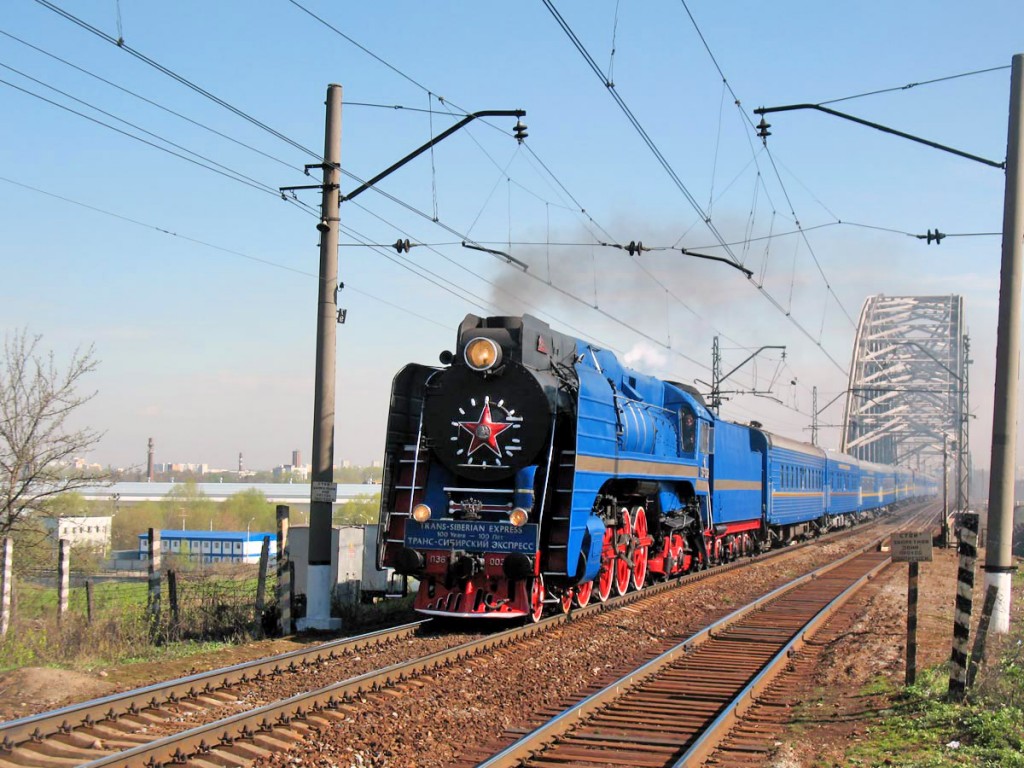 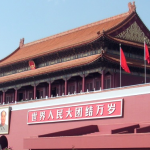 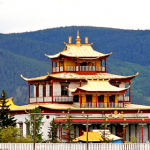 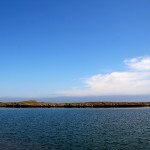 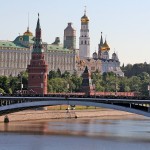 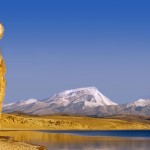 Complimentary bottle of vodka in your cabin

Breakfast, lunch and dinner daily - starting with dinner on first day and finishing with breakfast on last day

Generous drinks allowance, including international wine, with lunch and dinner

Afternoon tea and cakes onboard the Golden Eagle